On 3 Oct 2019 Sky News paid a visit to Asap’s new Head Office in Larne to interview Managing Director Mark Adamson. Asap is a major player in the European logistics sector but with large contracts in Ireland – it was fitting that the Brexit debate be brought to them.

Mark was interviewed about the economic consequences of Brexit for Northern Ireland, the importance of international trade and the impact of any trade barriers that might emerge as a consequence of Brexit.

He was asked about the challenges facing Asap and addressed many of the complex and interconnected issues that have arisen in the withdrawal negotiations.

Northern Ireland is the only UK region with a land border with another EU country, so may stand to lose more from a bad arrangement with the EU. Mark spoke about UK-Irish relations after Brexit and how it may affect the Northern Irish economy.

Mark also talked about the distinct challenges his own company faces after Brexit: his “brexpectations” regarding Cross-border interactions, economic integration and political stability. Asap’s very close trading relationship with the Republic of Ireland made questions about border and customs controls especially relevant.

Mark’s positivity for the future shone through. The recent £2m investment in the company’s new facility in Larne with plans to create multiple new jobs, is a reminder of the company’s determination to support growth in the years ahead.

We’re Asap, your freight logistics partner. Our role is to help improve your overall supply chain effectiveness and increase the efficiency of your freight spend. 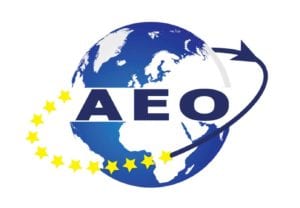